This Joshua Tree National Park anniversary story is a special one for the journal. Don't get us wrong, we love all of these stories equally, but this one is extra awesome because it celebrates the 10 year anniversary of Savanna's parents, Kelly and Lawrence.

Back in November, we made our way out to California to celebrate Thanksgiving with Savanna's side of the family. They do things a little non-traditionally (which we're all about), so instead of the normal way Thanksgiving is celebrated, we packed our bags and journeyed out to the (quite cold) desert of Joshua Tree National Park. Despite our hopes for an escape from the cold Indiana weather, we ended up in pretty much the same conditions. We actually got caught in a crazy sandstorm (cue the techno), and it even snowed two days after we left. So if you didn't know, yeah, it does snow in the desert sometimes. Weird.

Anywho, we somehow managed to get perfect weather the day of this shoot! So, we trekked out to Joshua Tree (luckily super close to our Airbnb) and the rest just fell into place.

Their (Kind Of) Weird Story

We usually don't like to write super long blog posts because we want you to get right down to the photos, but people always ask Savanna how her mom and stepdad met, and the story is kind of weird.

When Kelly and Lawrence met, Kelly was living in Fort Wayne, Indiana and Lawrence was living in Hermosa Beach, California. So naturally, you'd think they met in one of those two places? No. They met in Florida, of all places on this earth, at a place called The Monkey Bar. Kelly was on a vacation with two friends, and Lawrence was working on storm for State Farm (this is around the time of Hurricane Katrina). His job was to go inspect the damaged houses for their owner's insurance claims, and has a ton of crazy stories from that as you could imagine.

Anyway, so Kelly walks into the Monkey Bar and stops cold. Her friend asks her what's wrong with her, and she says that she is going to marry that man over there. He's not even facing her -- she literally just sees the back of his head, thinks he is the most handsome man she's ever seen (??) and tells her friend she's going to marry him. Even as her daughter Savanna still has a hard time wrapping her head around it. But that's love, I guess.

As you can see, it turned out she was totally right. They talk all night until around 5am when Kelly has to leave for her flight back home. Oh, remember how the bar is called "The Monkey Bar"? Lawrence's nickname with all his friends is George, as in Curious George, the monkey. There's also a whole sub plot about a monkey keychain that I'm not even going to go into.

With this shoot we're trying something new. We're a little tired of the way we've been doing things, so this is very much a departure for us. We shied away from the dark and moody, de-saturated look and instead embraced the bright, warm sunset and natural desert tones that Joshua Tree had to offer. We strongly believe that all artists should experiment as they grow, so this is our attempt at that. You'll be seeing some changes around Colagrossi & Co., and we couldn't be more excited about it!

Oh, side note: you might see a little desert monster running around in the background in some of the photos. Don't be alarmed, it's just Savanna's little brother Lukas. And he's only half desert monster.

So, to Kelly and Lawrence, congrats on 10 years married to one another and the beautiful life you've built. Thanks for letting us document your Joshua Tree National Park anniversary story, and sorry for making you stand on a freezing, windy mountain with no jackets. Love you guys.

Click play below and look through one of our favorite trips to date. Kind of regretting not making Sandstorm the song for this, but Savanna and her mom used to listen to The Lumineers when they worked together at Kelly's company Jala, so it's probably a better fit since it's all nostalgic and stuff. Enjoy 🙂 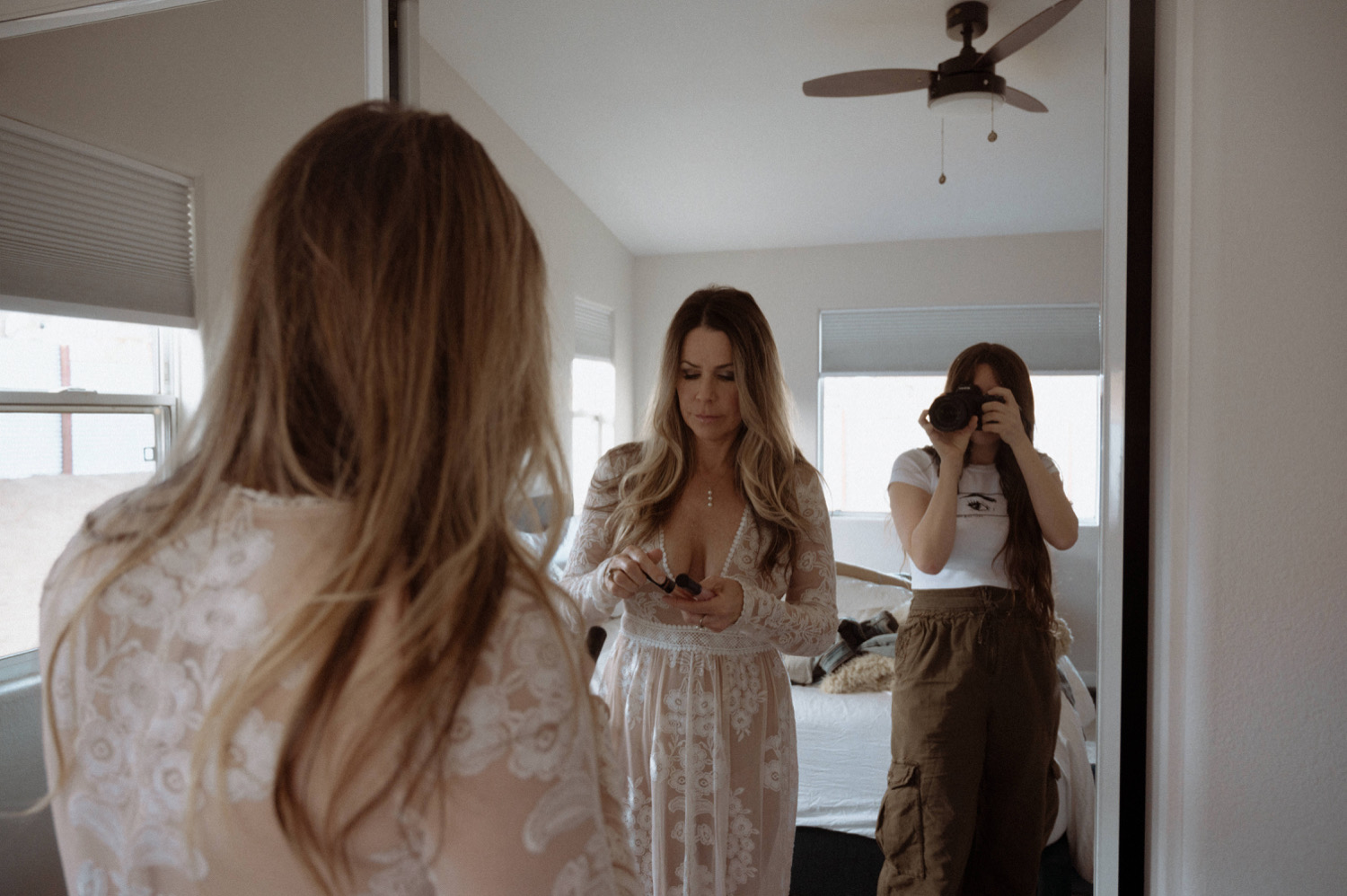